Addition of a Relay to a 240Z Starter System

A common problem with 240Z ignitions is that not enough voltage is received by the starter solenoid to pull the lever, so the starter is not turned on and the pinion gear does not contact the fly wheel ring gear.  Only a "click" can be heard as the solenoid jumps but fails to pull the lever all the way.  This is because voltage through the ignition start circuit drops too much on the long trip from the battery through a small gage wire to the fuse block, across two buss fuse contacts, through thin wires to the ignition switch, across dirty and worn contacts in the ignition switch, and out a thin wire to the starter solenoid.  Making matters worse, there is a huge drop in battery voltage when the starter motor tries to kick in.  Several of the 240Zs I have owned experienced the problem of only clicking when the ignition switch is turned.   It often took many clicks, sometimes leaving me wondering if the Z would start at all, before finally cranking the engine.

This article shows a way to provide a improved voltage and current to a starter solenoid for a reliable and strong start.  Below is a picture showing an inelegant, but functional, arrangement of a relay circuit that vastly improved starting in my 1973 240Z.  Please Note: Wire 3 should have a fuse in line. 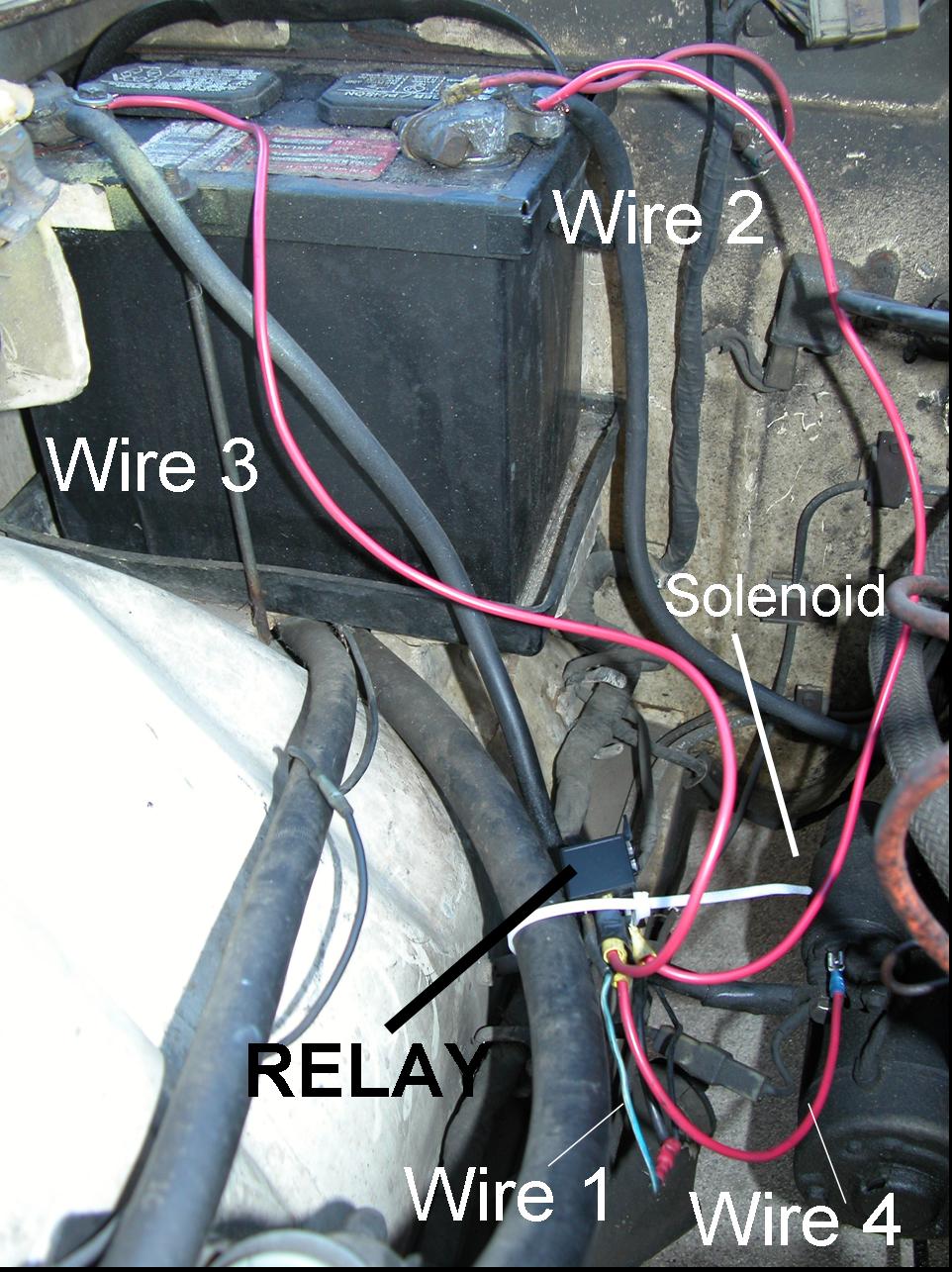 The relay system improves starting by providing full voltage directly from the battery instead of through the circuitous stock ignition circuit described above.   I used a standard relay found in many modern cars and available at car parts stores or Radio Shack (30 amp model in the drawer of switches; ask the clerk if you can’t find it).    The relays have 4 connections: the ignition switch wire and ground that control actuation of the relay, the power connection from the battery, and the output connection to the solenoid. 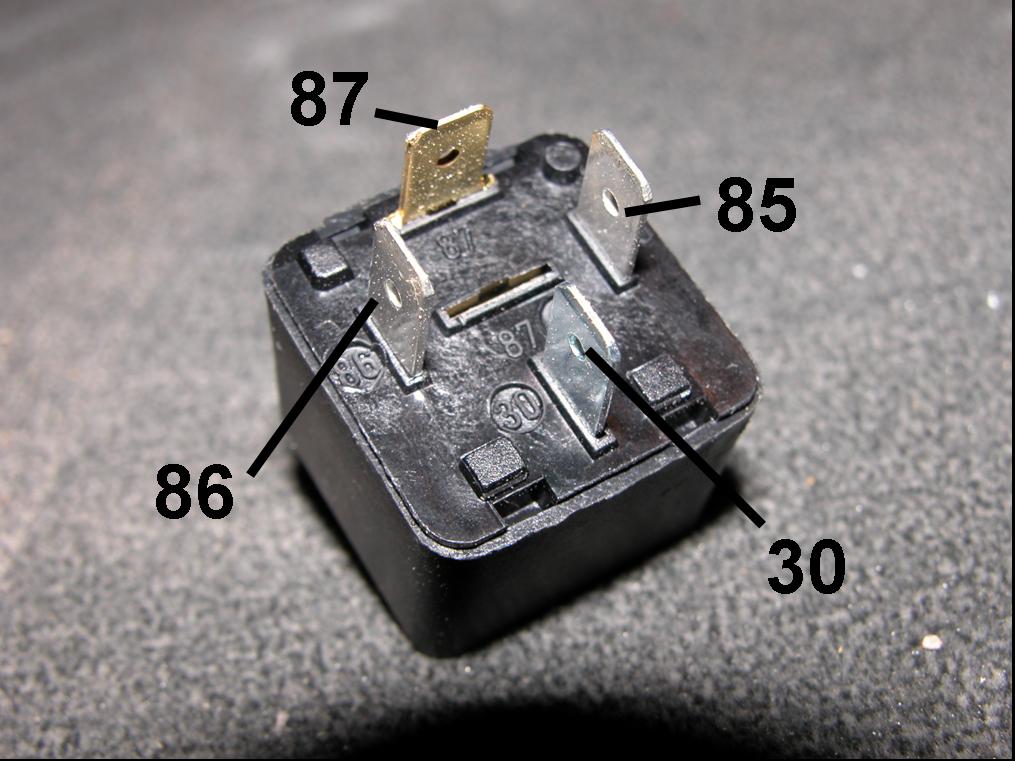 1) The ignition switch wire "1" connects to the female connector at the top of the starter motor solenoid.  You just have to disconnect it from the solenoid and push it on to the connector pg 86 of the relay.

2) For the relay ground, I just make a 16 gage wire "2" with a female push on connector at one end and a “ring terminal” connector at the other end.   The push connector goes to the 85 terminal of the relay and the ring connector is bolted or screwed to an available ground, such as, e.g., where the battery ground strap connects at the fire wall.

3) A lot of current goes to actuate the solenoid, so I used a 12 gage wire "3" with a ring terminal at the battery, a 20 amp fuse in line, and a female push connector to connect at  relay pg connector 87.

4) Finally, a 12 gage wire "4" with female push connectors at each end is run between the relay pg connector 30/51 and the pg on the solenoid where the ignition switch wire a female connector had originally been connected.

The setup shown was my test set and makes it easier to show where the wires go.  The wiring can be organized better by mounting the relay to the engine compartment wall and running the wires carefully along the walls before jumping the wire "4" across to the solenoid connection on the starter.  A nice alternative method to make connections to the relay is to use a standard relay socket to plug in the relay instead of making the connections with the 4 separate push connectors.

This same basic relay setup can be used with a signal coming from a horn switch or light switch to control horns and lights.  This example web page is for education only and the writer is not responsible for attempts by readers to establish their own relay systems.

Is you understood this article, you must be smart.  Protect your creative ideas and inventions - contact me Bakeri@BioPatent.com.